Sally Ann Yeh enjoys especially playing with Canadian pianist, Tiffany Butt, in their Duo, ‘Of Angels’. When they play together they seem to have a special, almost telepathic connection. First and foremost they wish to bring the spirit of the music closer to the hearts of their listeners, and their passion for music unites them in this. ‘Of Angels’ play a spectrum of music ranging from classical through light-classic and tango. A recent development in their musical offering are the ‘Wellness Concerts’ where the concert programmes are deliberately chosen for their positive effect on the well-being of the listeners. These concerts become like a meditation, beneficial for both body and soul.

In recent years Sally Ann often plays with the accomplished Dutch guitarist, Han Jonkers. They met at the ‘University of Applied Sciences and Arts’ where they both teach. They share a relaxed and humourous approach to working together which is great fun. They play classical transcriptions, such as, the Arpeggione Sonata by Schubert, or the guitar composer Mauro Guiliani but also Spanish and south American composers such as Granados or Piazzolla. A special favourite is the unique ‘Dances in the Madhouse’ by American composer, David Leisner.

Sally Ann is also working on a project to produce video clips to classical music along similar lines to rock music, the video being an extension of the musical interpretation, and reproducing the visions in the mind of the artist. She produced her first video clip in 2014 to music by Richard Strauss. 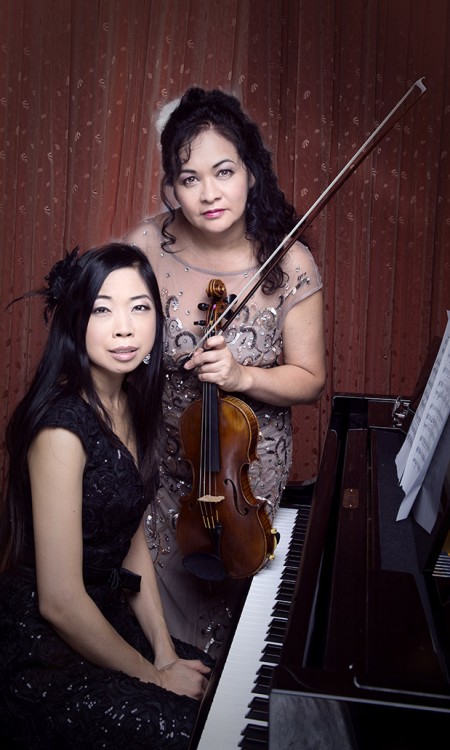